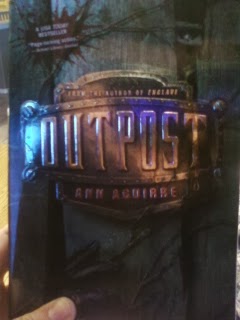 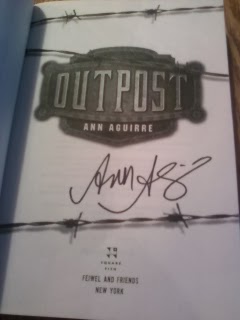 Posted by Kendra at 9:27 AM No comments:

It's been awhile since I posted anything food related. (He heh, or anything for that matter!) But I think I'm finally getting back into the groove of it. It helps to have a couple new cookbooks in my greedy little hands. My new favorite one is by one of my favorite food bloggers, Nom Nom Paleo,Nom Nom Paleo: Food for Humans

I've been cooking her recipes since the beginning of my paleo journey and I've never been disappointed. So when she came out with a real-hold-in-your-hands-cookbook. I was all in.

I love this cookbook. I love the pictures, both real and cartoon. I love the way the recipe are written and the tips and information given in each recipe. I love that it lays flat when open! It's a great cookbook all around.

I've made several recipes out of it so far, but I actually remembered to take pictures of these specific two. The first is "Uova in Purgatorio". Eggs and spaghetti sauce? Really? Really! I was skeptical at first, but because I'm always looking for ways to spruce up the egg, I decided to try it. 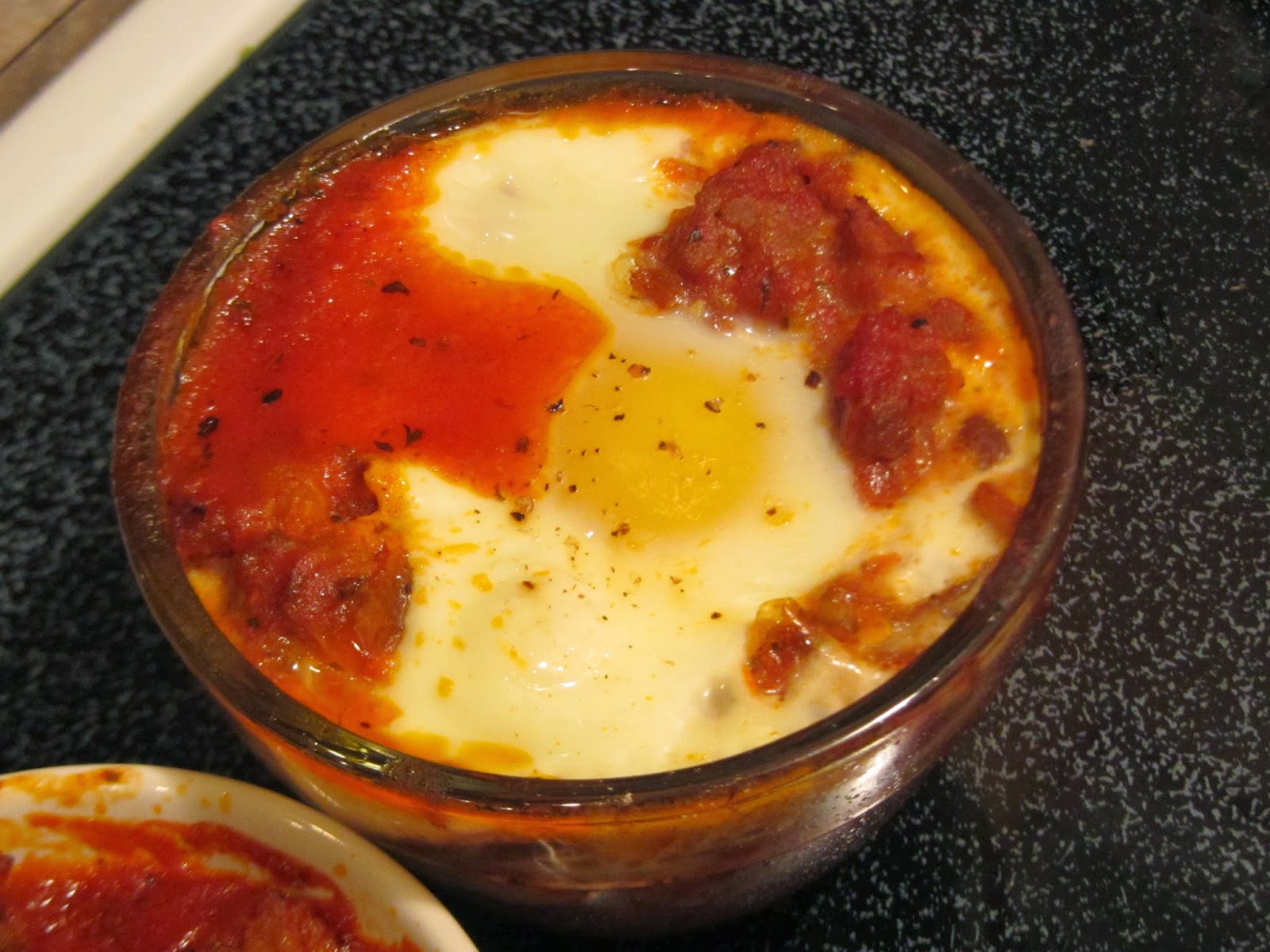 Oh.My.Word. Goodness in a bowl is what this is. And surprisingly, my picky family liked it too. This will be eaten again at my house for sure!

Funny thing is, the second recipe also deals with eggs. I wanted to make deviled eggs for a get-together, but I wanted to make something different. So, I decided to try her recipe for "Bacon-topped Deviled Eggs".  In order to make these, I also needed to make her "Five Minute Bacon Aioli". 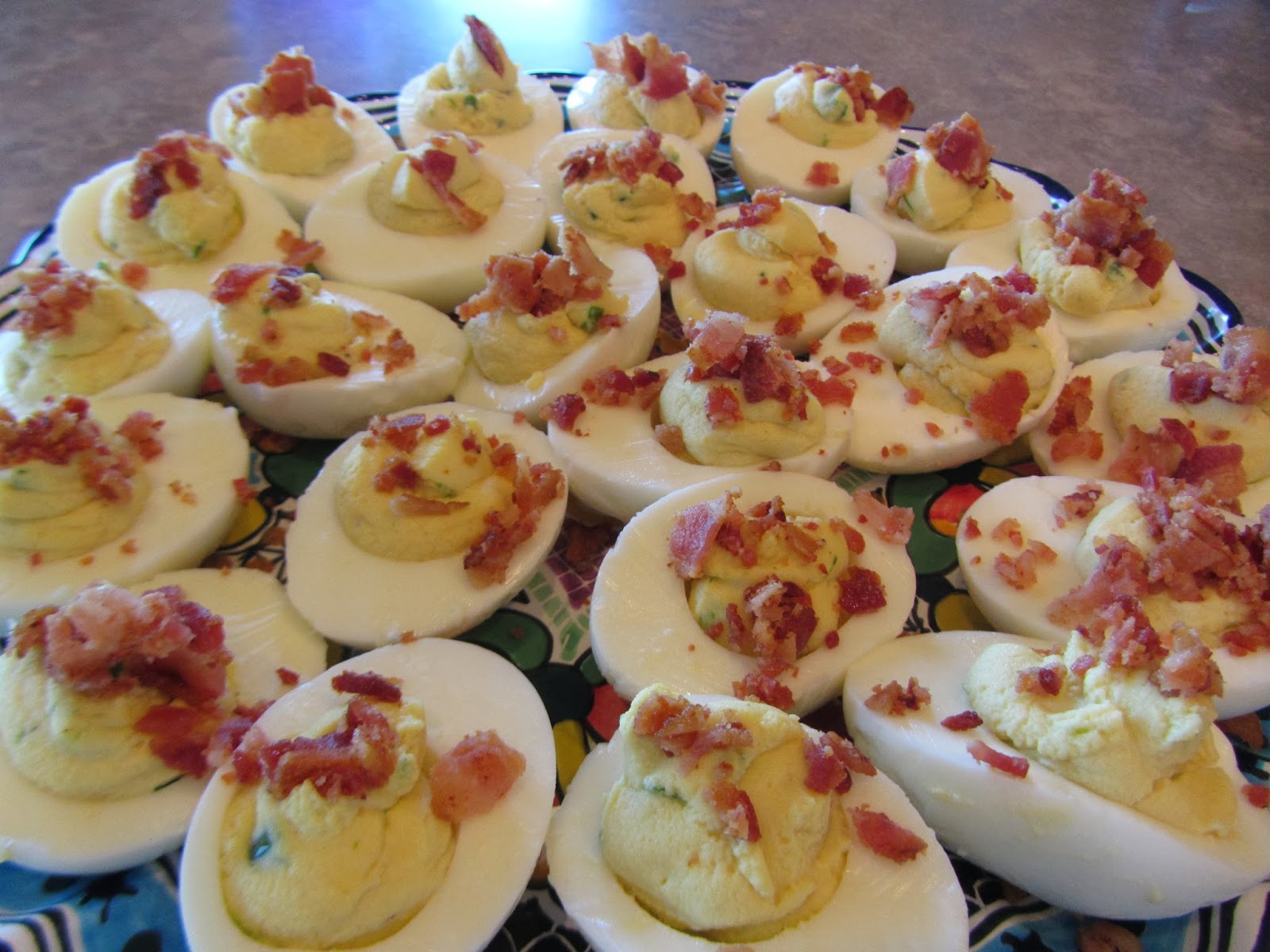 So I did. Although these took a bit more time than I usually put into deviled eggs, it was so utterly worth it. These were my favorite deviled eggs of all time. So, so good. And everyone else thought so too, even my friend who isn't much of a deviled egg fan. There was nothing left, every single egg was gobbled up. I will definitely be making these again! 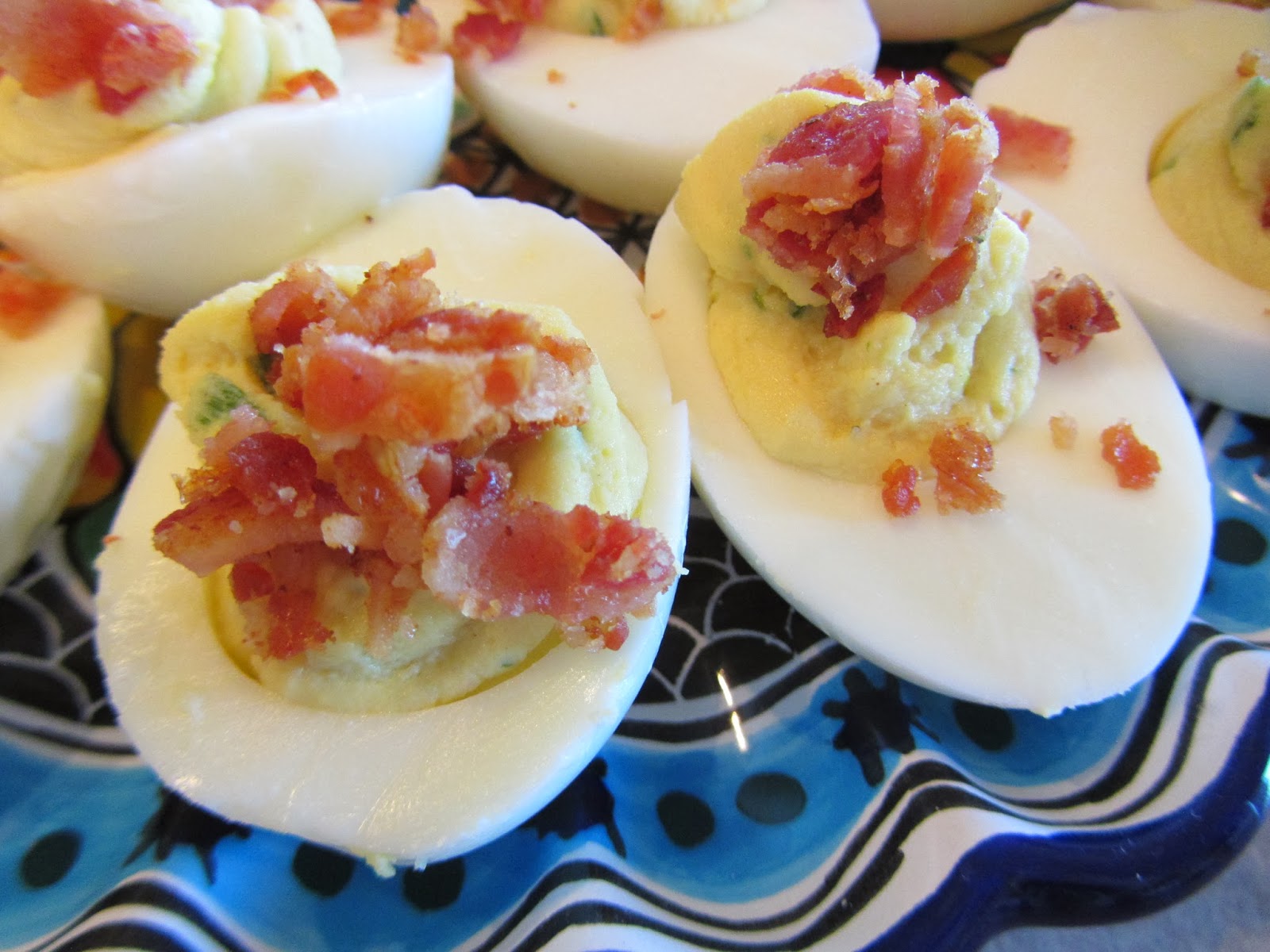 Posted by Kendra at 1:30 AM No comments:

Wanna see some of the cute things I've whipped up with my crochet hook recently? A daughter of one of my friends saw a cute amigurumi creature I made a while back and raved about it, so I decided to make her one for her birthday coming up this month. 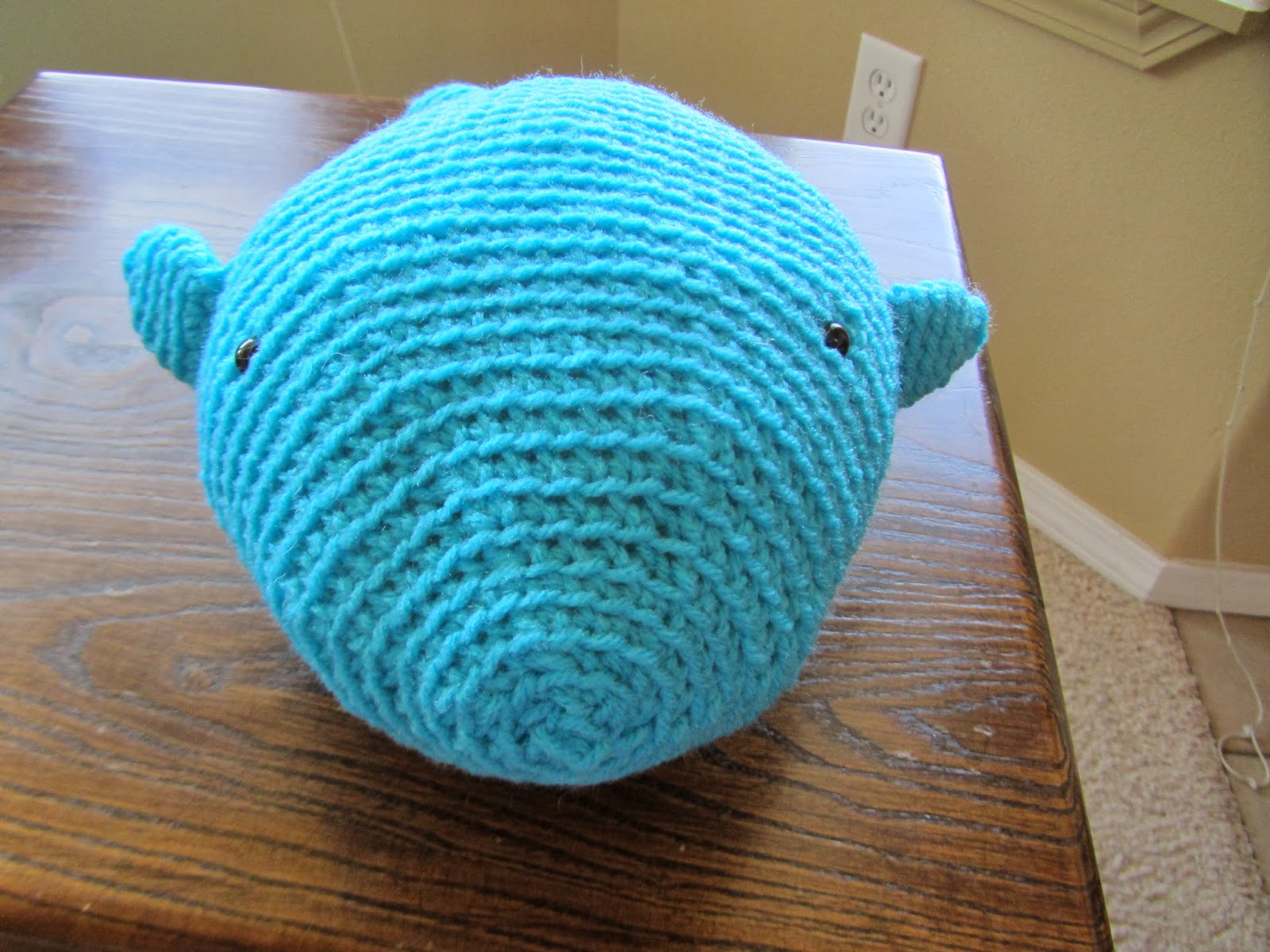 See how Cody wanted to meet him too? 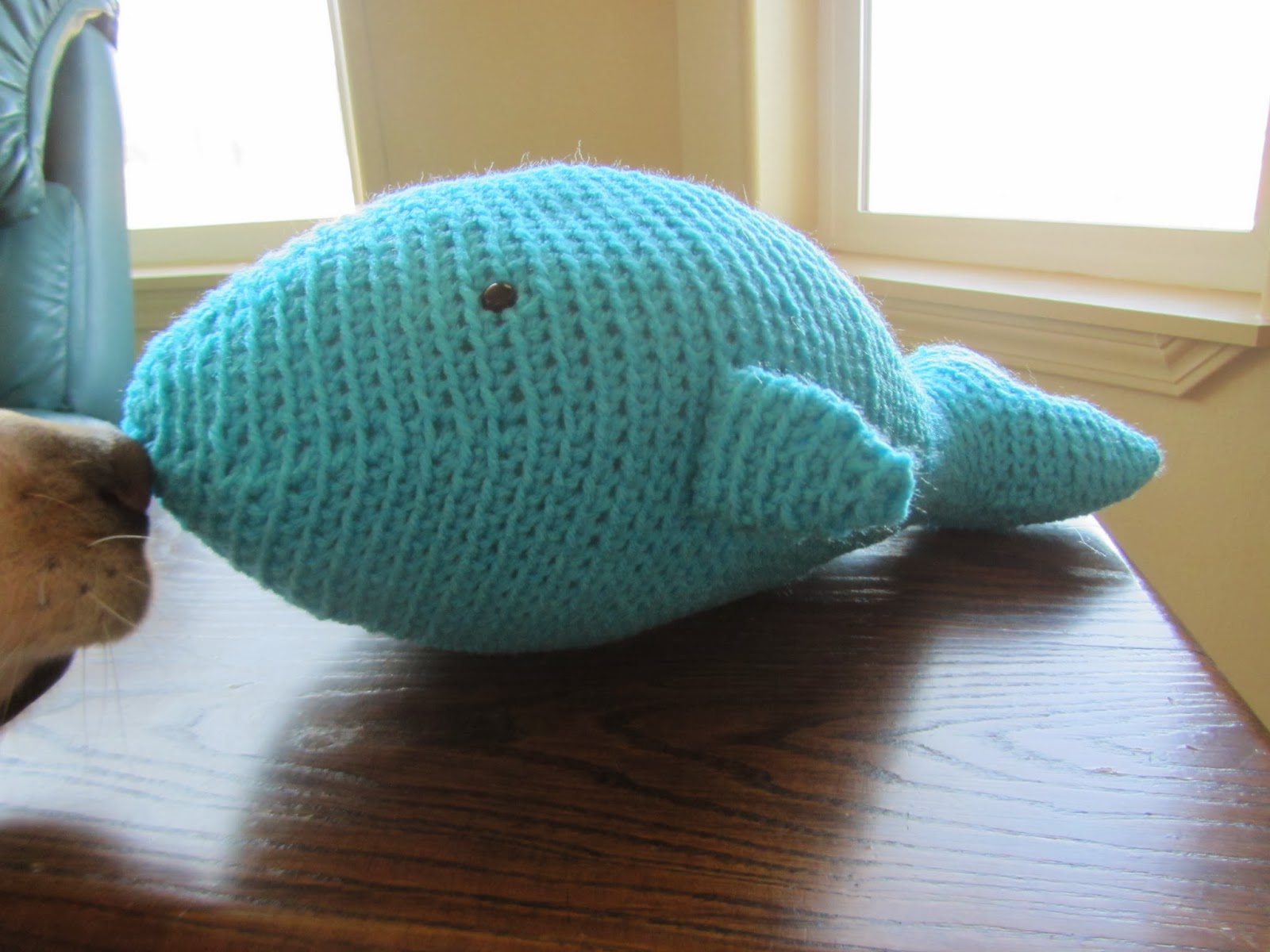 He's so cute and cuddly, I hope she likes it! 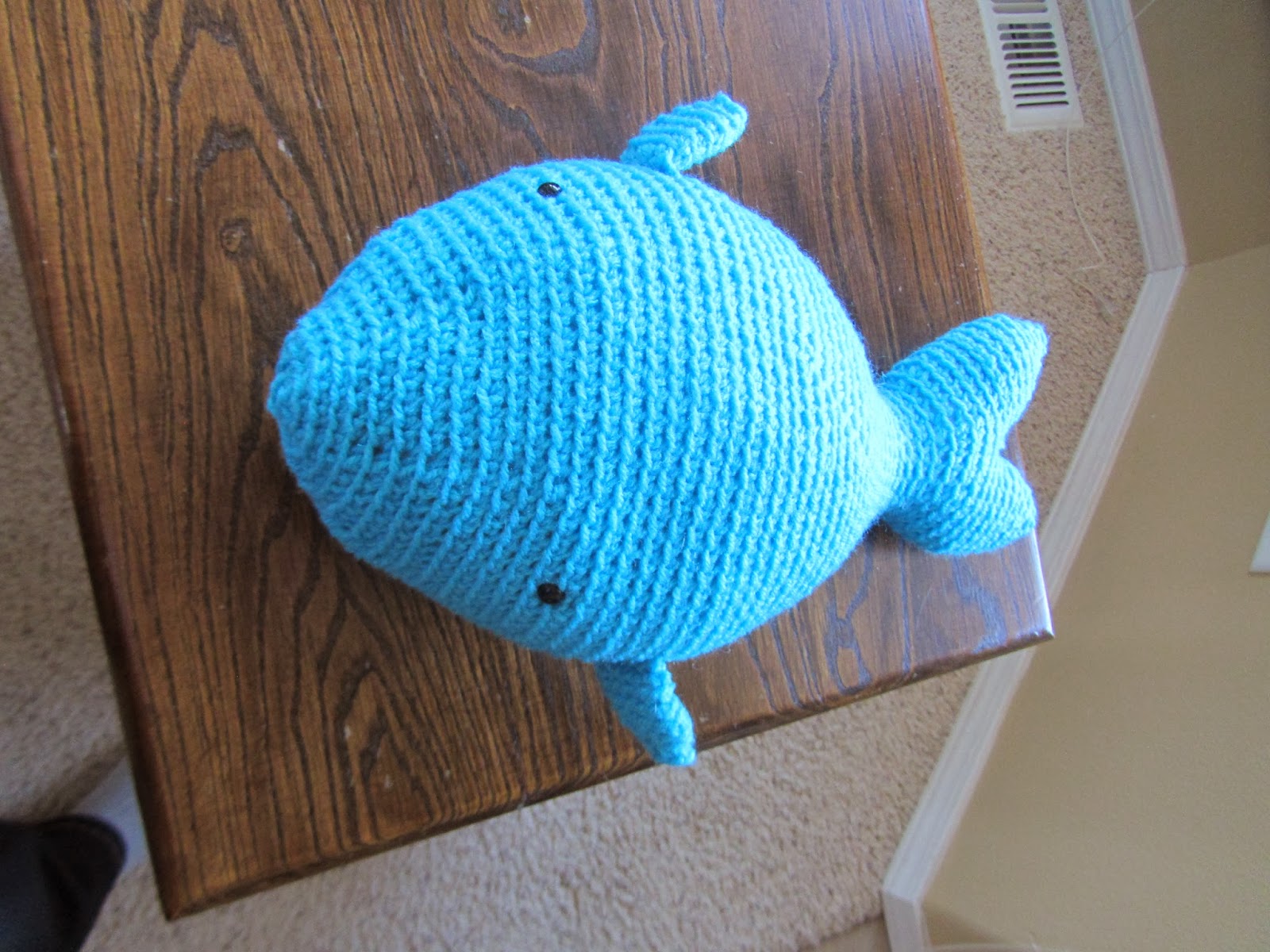 He was being so good and handsome, I had to snap a picture of this boy too. 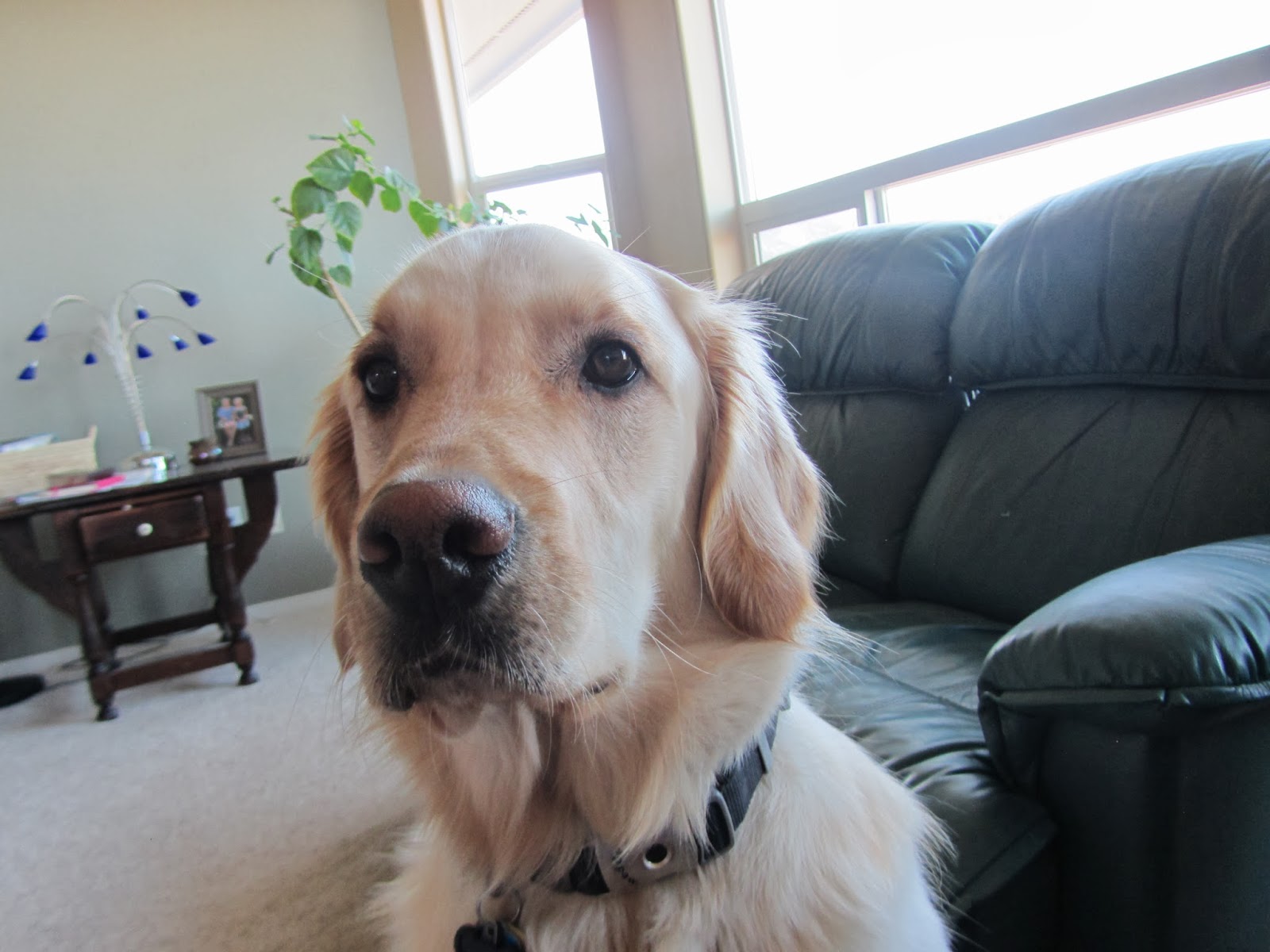 A week or so ago, Kera was with me at the fabric store and picked out this yarn and said she wanted a slouchy hat with it. She had a special hat day today at school, so I hurried last night and this morning to finish it for her. The pattern was for an adult hat, so I had to tweak it a bit, but it works. It looks pretty cute on my girl. 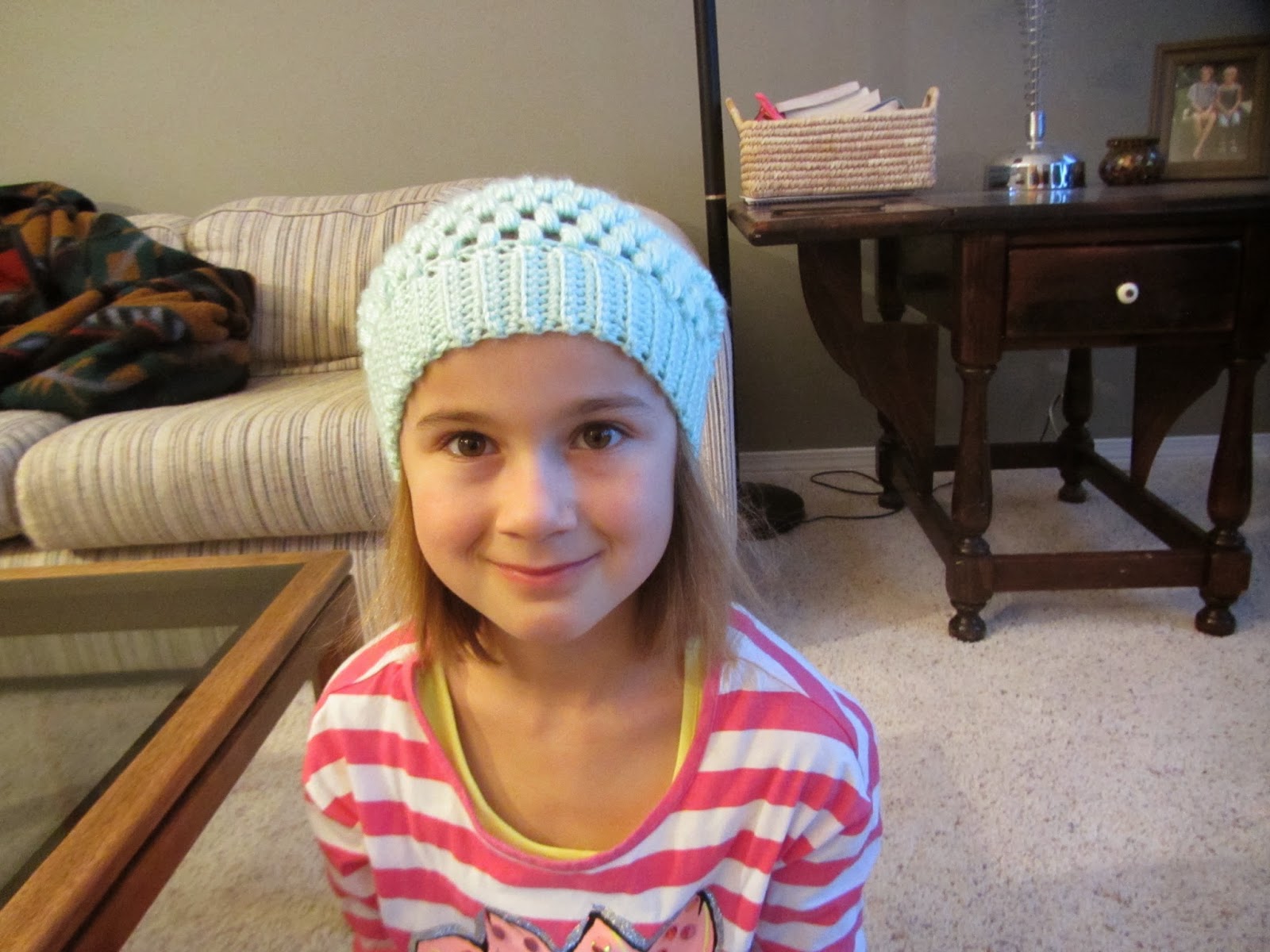 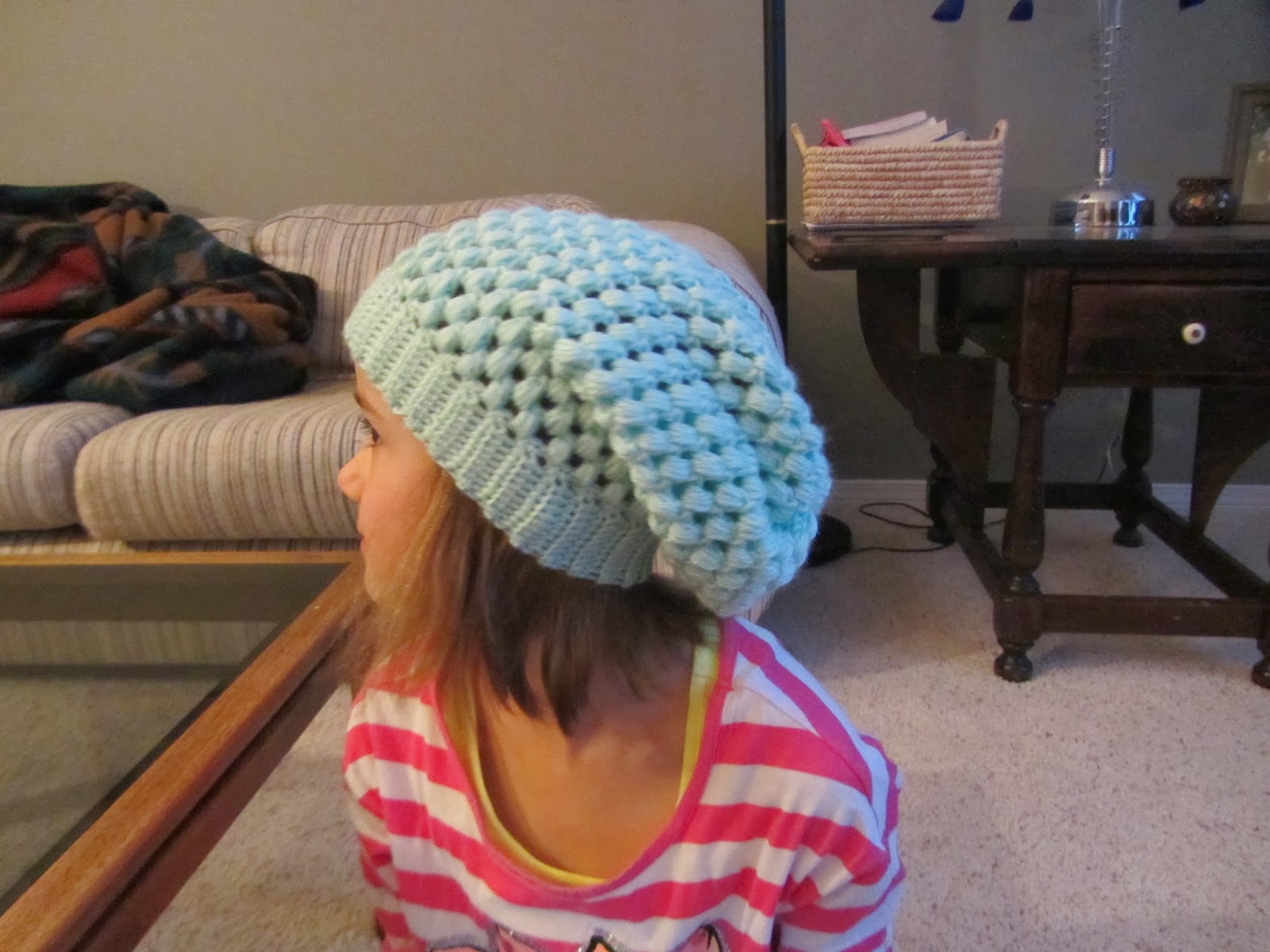 Next up is a cute short cowl I made for a good friend of ours at church. I used the rest of the yarn I used a while back on Lindsay's hat. Don't you just love her expression? 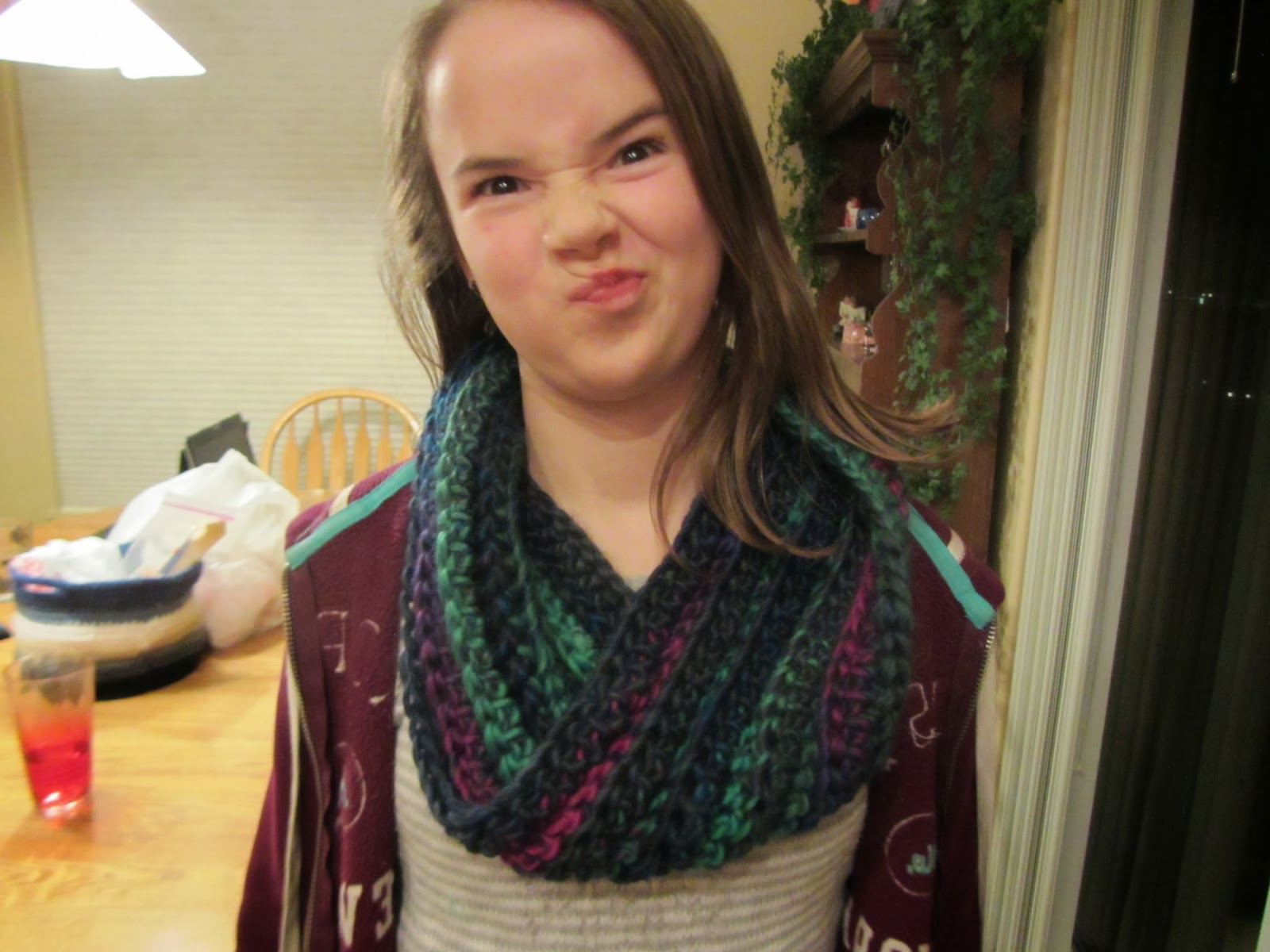 Lastly, is this soft, warm, cuddly purple cowl. The pattern called for it to be short, but I wanted one that could be long enough to wrap around your neck twice. I also had so much of the purple yarn left from another project, I wanted to use it up. So, I just kept crocheting til it was nearly gone and ended up with this lovely thing. It's a birthday present for a friend and I hope she likes it as much as I do! 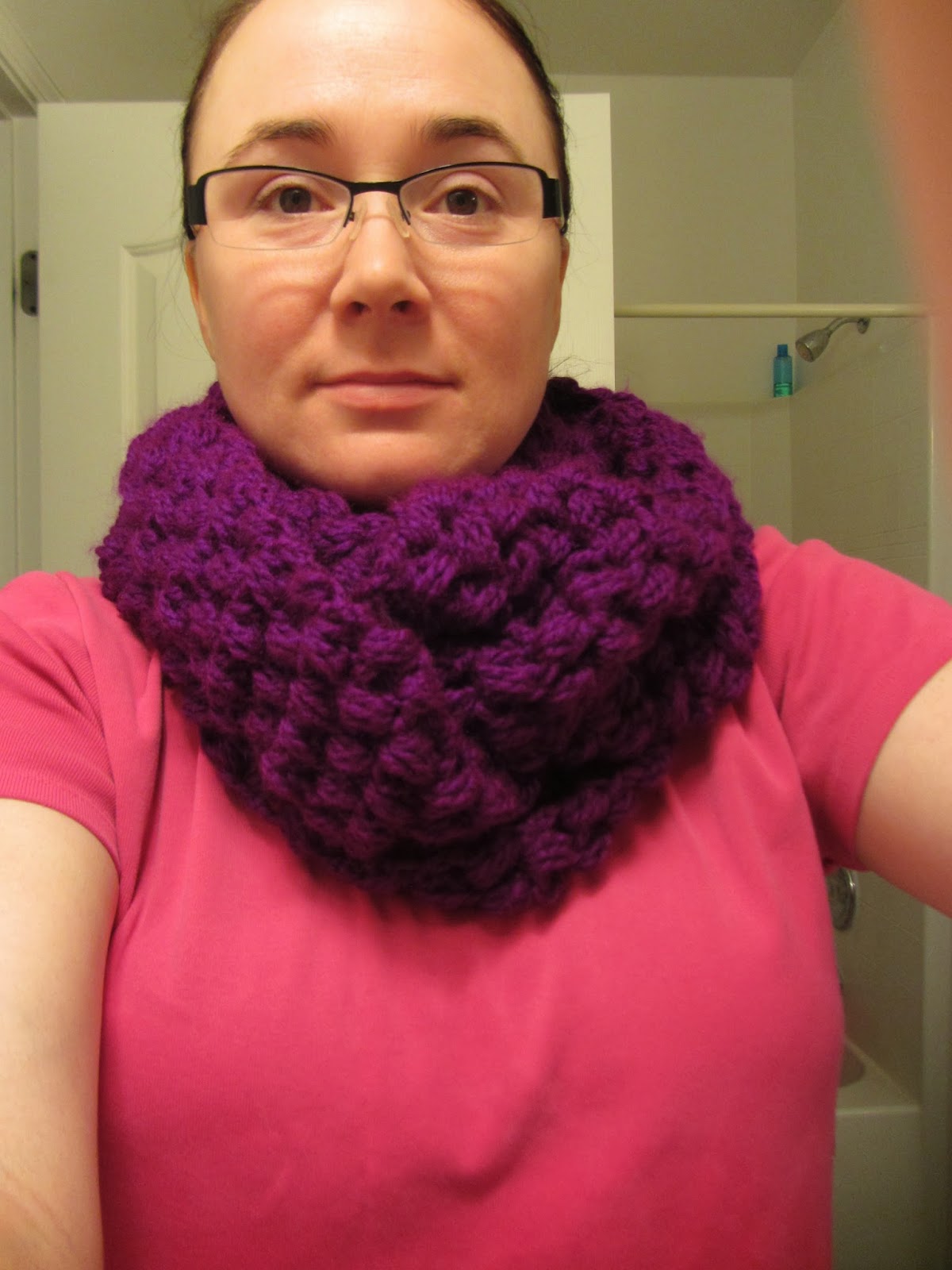 Have you crafted anything fun or creative lately?

Wanna get my posts via email??